How does a guy do Pattaya on the cheap?

Pattaya is more expensive. With a strong Thai Baht (less baht for your money) visitors from the UK, Australia, and America are feeling the pinch.

But fear not! There are cheaper alternatives in the land of milk and honey.

In addition to the exchange rate, other contributing factors like more stringent visa regulations have left travelers searching for cheap alternatives to Pattaya.

People who have lived in Pattaya for years are now considering moving to places like Cambodia, Malaysia, Vietnam, and the Philippines as affordable alternatives to Pattaya.

Well, how about staying, seeing, and doing everything just a little bit cheaper in Thailand?

You don’t have to be a Cheap Charlie, it just means redirecting your funds to do Pattaya on the cheap. Here’s how to make your money go further in Pattaya.

Visit Pattaya in the Low Season

The best time to get cheap hotel deals in Pattaya is in the low season.

Typically, this is May to November for most hotels with June and October as shoulder season and still a few deals to be had.

It’s also true that if you book well in advance you can get some cheap deals in the high season, but generally, you’ll find the cheapest rates at hotels in every price range during the low season.

During the low season in Pattaya, you can find hotels with basic air-conditioned rooms, balcony, swimming pool, and a bar for around 500 baht per night, right in downtown Pattaya.

Take a pass on the swimming pool and you can find accommodation in Pattaya as cheap as 300 baht per night.

Downgrade to a Cheaper Hotel

Consider downgrading from 5-star to 4-star property and you’ll be rewarded with prices that are on average are about 1,000-1,500 baht per night cheaper.

Downgrade to 3-star, even in peak season, in downtown Pattaya you can find hotels for less than 1,000 baht.

Downgrade to a 2-star guest house and there’s still a good choice of hotels starting at 500 to 600 baht per night.

Stay Further Away from the Beach

Everyone loves an ocean view, but you end up paying for prime real estate with higher room prices being closest to the water.

By staying central you are within easy walking distance of cheap eating places and convenience stores, and close to the songtaew or “baht bus” route.

One of the best value areas to stay in downtown Pattaya is in and around Soi Buakhao as it’s right on the baht bus route and has many cheap restaurants to choose from, and of course, dozens of cheap bars.

Consider venturing further afield on the “baht bus” route by staying in North Pattaya, Naklua, Pratumnak, or Jomtien. Consider your distance to the goods and services you choose to use the most.

You really can find them everywhere, but especially on and around Soi Buakhao where most bars/restaurants serve cheap western and Thai meals.

Places like the Hungry Hippo on Soi Buakhao have extensive western and Thai menus. Daily specials, including spaghetti, fish and chips, chicken curry, pork chop with mash come in under 100 baht. Simple breakfast items like an egg on toast cost less.

One of the most popular cheap all day eating places is Kiss Food on the corner of 2nd Road and Soi Diana, they sell simple western and Thai dishes at prices similar to those of the aforementioned Hungry Hippo.

One should not live on convenience food, but it’s cheap, and it’s available 24 hours a day at 7-11 and Family Mart stores in Pattaya.

You can buy hotdogs, burgers, toasties, sandwiches and an assortment of other fast foods. Just take it to the counter and ask them to nuke it in the microwave. Warning: contents hot, hot, hot!

Now that you’re staying at a cheaper hotel, eating for less, and altogether living for less than you projected, you can spend more on the things that matter, like having a good time in Pattaya.

Many single men and countless married (nobody’s perfect) use the largest part of their bankroll on nightlife and paying for girls. If you need to, you can do the Pattaya nightlife cheaper.

Chang, Leo, and Singha are three popular Thai beers that you can get at most bars in Pattaya. They are considerably cheaper than imported beers and usually less than popular foreign beers like Heineken, Carlsberg, and San Miguel Light.

You may also consider Thai rum (locals will usually call it a whiskey) such as Sangsom to get your buzz before switching to beer.

Oh, take the ice with your beer. It’s hot outside, you’re dehydrated, and your brain will thank you tomorrow. PS The ice is always clean.

Drink at Cheap Bars in Pattaya

As in any nightlife zone, beer and other alcoholic drinks are cheaper at beer bars, whether it’s a beer bar complex or a street-facing bar.

For drinks deals, happy hours, and plain cheap bars, we return to the Soi Buakhao area. At places like Nikom Court, although it’s not a girly bar, you can get large bottles of Thai beer for less than 100 baht a bottle.

For frequent visitors and long-stayers in Thailand, the benefits of opening a Thai bank account include cheap or no ATM fees, no need to carry large amounts of cash, and you can use services like Transferwise to get a better exchange rate than your bank back home.

It’s just a case of visiting local banks and asking what is required.

How Cheap Can You Do Pattaya as a Solo Traveler?

You can get a basic room with air conditioning, wi-fi, TV, and a minifridge in Soi Baukhao for around 500 baht per night.

You can eat 3 western meals a day at cheap restaurants in Pattaya at a total cost of around 300-450 baht per day. If you eat Thai food, you could probably eat for as little as 200 baht per day. If spicy is an issue, you can always order without chilies.

Whatever you spend on beer, nightlife and girls is up to you of course, but despite the poor exchange rates, you can still have a cheap stay in Pattaya.

How to Spend Less on Women

This isn’t a race to the bottom of the barrel.

There will always be someone who is or can find it for less. Someone with less “exacting standards” and zero risk aversion.

This is not for them or you dear reader! This is about making an alternative choice for your pleasure and NO, I’m not talking about ladyboys, but that’s cool if that’s your thing.

A night out on the town can easily run upwards of 3,000 baht: bar hopping, lady drinks, bar fines, and the agreed-upon price with your company.

Hell, that could easily be 5,000 baht depending on where and what you like to drink and how generous you are with the ladies prowling the bar space.

How to Bust Your Nut Without Breaking the Bank

Here are three ideas to get the most bang for the buck.

Just an oil massage you say? Well, the tight uniform, Japanese writing on the window, and the lady pantomiming eating a banana have more in store for you.

Sure, for a few hundred baht you can have just a sexy oil massage, but for a generous agreed upon tip, she’ll take care of your tip.

Some may only give a high school handy so if the mode of your release is important, state your desires upfront to ensure getting matched with the right masseuse.

Soi Honey is home to several massage parlors. Step in and take a gander at the fishies in the bowl, so-called because they are behind a wall of glass.

The Papasan will helpfully point out their prices according to their badge color and share bits he believes relevant to you.

For a fixed price, no bar fine or pressure to buy a drink, you can be upstairs in as little as 15 minutes with the bath being drawn.

Rub a dub dub, tug, and plug. Also, it’s a nice way to cool off and grab a shower as well before you hit the bars for bullshitting and beer.

Earlier is better, 3-8pm is before “anything good happens”. An early and first customer might get their rocks off for 1,000 baht.

Don’t be a prick but some ladies are open to a quickie at the start of their shift to get the money rolling in. You won’t be spoiled for choice and you may think the “B Crew” is working but you should be able to find someone special.

Above all, be a gentleman. Cursing, yelling, shirtless, reeking of body odor is not going to do you any favors. If we all play along to get along, it’s easier for everyone.

1 thought on “Pattaya on the Cheap for Singles”

Paying for Bar Girls in Pattaya 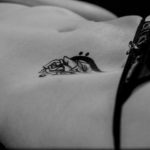 Pattaya on the Cheap for Singles 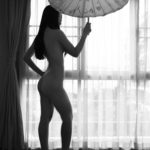 Are You Looking For Me?